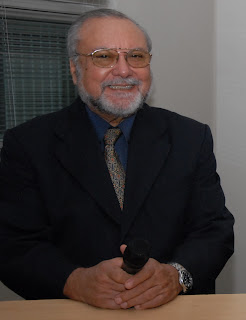 With the turn of the 21st Century, humanity finds itself in the midst of an information revolution generally known as globalization. It became especially significant following World War II, which brought the devastating consequences of death and destruction, and in turn awakened academic, philosophical and world political bodies that lead to the signing of the Charter of the United Nations in June 1945.

The goal of the United Nations was cultural interchange on a global basis, which is expressed in the Universal Declaration of UNESCO on Cultural Diversity in paragraph 2:

“In our increasingly diverse societies, it is essential to ensure harmonious interaction among people and groups with plural, varied and dynamic cultural identities as well as their willingness to live together. Policies for the inclusion and participation of all citizens are guarantees of social cohesion, the vitality of civil society and peace. Thus defined, cultural pluralism gives policy expression to the reality of cultural diversity. Indissociable from a democratic framework, cultural pluralism is conducive to cultural exchange and to the flourishing of creative capacities that sustain public life.”

This Declaration implies a deep understanding of the movement known as globalization, which has been on the rise in recent years in all areas of human activity. In 1961, by executive order of US President John F. Kennedy, the Peace Corps was founded as a way for young Americans to contribute to the goal of helping people outside the United States to understand American culture and to help Americans understand the cultures of other countries.

Since that time, many international internship and exchange programs have undertaken the same goals and offered students from around the world a chance to do the same: to obtain– with little sacrifice and ample international funding– cultural, social and professional experiences in new places while integrating in other national cultures, races, ethnicities and religions without preconceptions and prejudices. It is about promoting genuine friendship among people, a goal for which the great thinkers of humankind have always advocated.

In 2005, Fundación Global Democracia y Desarrollo (FUNGLODE) and Global Foundation for Democracy and Development (GFDD) joined this movement through its specialized unit known as InteRDom, which offers internship programs in the Dominican Republic for students from the most important universities in the United States.

In 2009, InteRDom went even further by beginning its Internship Certification Seminar. To date they have certified three groups of Monitors. The purpose of these certifications is to train personnel to be coordinators of internship programs within Dominican companies, state and government institutions and NGOs in order to create a synergy between the academic world and the companies or institutions receiving the interns.

InteRDom directors believed it was important to expand the Internship Certification Program to universities in order to fulfill the triad of the internship parties:

The academic institution or company hosting the intern should combine efforts to ensure that the internship provides a valuable human educational experience as well as a quality professional experience for the intern. It is about “learning by doing” and establishing a genuine link between the student and the professional at work.

Based on the system theory of Austro-German theoretical biologist, Karl Ludwig Von Bertalanffy, who in 1901 developed the General Systems Theory, which states that everything is interconnected; academic institutions and businesses constitute social cells and interdependent productive sources which interact and provide mutual nourishment.

Both, in their own right, have a great deal of social obligation and responsibility to the populations around them as well as to other institutions, financial as well as political and social, in all countries.

According to this view, the synergy between educational institutions, industry and state institutions is intimately shared and understood; human beings, the product of this synergy, should also possess a mentality in keeping with this vision.

If, furthermore, we delve into the perception of personal competences that govern individual and collective life among human beings within communities, we see clearly that internships, as educational and professional experiences, perfect these competences to produce an individual capable of interacting with his/her fellow human beings as individual and collective entities based on personal and professional knowledge which will, in turn, contribute to the advancement of the general collective.

Indeed we are facing a new concept of internship, a global vision of transforming humans into interns, as well as transforming academic institutions, business and governmental institutions into entities that are responsible for the social and collective well-being.