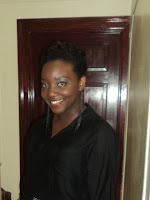 By: Ludonis Maule
Ludonis Maule is a senior at Baruch College majoring in Entrepreneurship Management with a minor in Spanish. She has worked at Baruch College’s Study Abroad Office for the past three years where she advises students on their study abroad options and procedures, she has also coordinated several of the office’s Study Abroad Fairs. This spring 2012 semester she is interning at InteRDom in the Marketing department.

Choosing a study abroad destination can be a challenge; and you may ask yourself, “why the Caribbean?”

The Caribbean is commonly known for its impeccable scenery and beaches, however it is important to note that there is more to offer. The Caribbean has a culturally rich history to be enjoyed; the variation in languages and accents are also interesting to observe. The first colony of the Americas, Christopher Columbus touched down in the Dominican Republic before any other shore, and established the first city and the first university—among other things—in the “New World.” The historical heritage and colonial history are still obvious in the country today—from architecture to cultural identities to race relations. A country rich in culture, the DR occupys two thirds of the island Hispaniola, which it shares with Haiti. Its booming tourism industry has made it a popular tourist attraction, but few people are aware of the accelerated economic development that the nation has experienced over the last 10-15 years. Its metropolitan areas are expanding and opportunities abound for students to make a contribution to the growing businesses looking to branch out into new areas and industries. According to Dominicana Online, the country welcomes over three million visitors per year to its shores and it is known as the leading tourist destination in both the Central American and Caribbean region. With a variety of tourism models—from all-inclusive hotels to small boutiques to more sustainable eco-tourism initiatives—it is the perfect place for a student of tourism to study an industry leader. In addition to tourism, there are other sectors of the Dominican society which are appealing for students, including but not limited to: ecology and the environment, public health, urban planning, international relations, business and insurance. The Dominican Republic offers an array of study and professional opportunities to students of virtually any area, so you should have no trouble finding an internship in your area of interest while immersing yourself in its unique culture.