The beginning is always hard, but nice! 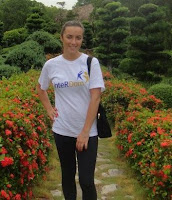 By: Ioana Pescaru
Ioana has completed three years of her Bachelor’s degree in Spanish, French and Media and Communication at Newcastle University in Newcastle, Great Britain. She is one of three students participating in the 2012 pilot of the InteRDom Correspondent Program, and is participating in the 2012 10-week Caribbean Summer Program, with special dates beginning July 1. You can read more about Ioana and her participation in the Correspondent Program here.

WOW! I would have not have thought that the Caribbean would be completely different to from Europe, but surprisingly a bit similar to my country, Romania! The differences between the DR and Western Europe are more than obvious in terms of transport, traffic, architecture, landscape and daily life. However, my Romanian “Latin” roots help me identify similarities between these countries, considering facts like people’s way of dressing, their passion for being elegant and good-looking or the fame of being a nice and kind nation. Even if I was aware of the fact that this country is in the process of developing I was surprised to face the fuss on streets, where the traffic is crazy and the buses, known as “guaguas”, don’t have fixed stops. Even though the disorganized state of traffic initially made me feel unsecure, I realised there is nothing to worry about, as one gets accustomed to it little by little. It is just a question of time and adaptation. 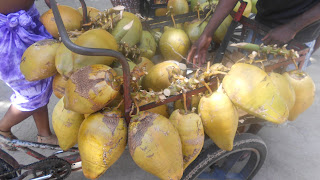 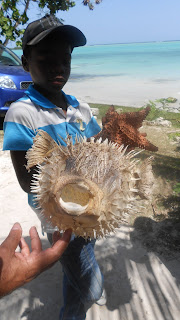 helpful one to one sessions about the essential things one has to be aware of in order to get used to the daily life and customs of the country. The most interesting part of the whole introduction program was the transportation tutorial. Accompanied by one of the InteRDom representatives and their new intern, J. I felt the pulse of public transportation, taking one by one the metro, “el carro publico”( public car) and the “guagua”. Funny times, as neither me nor J. have used any of those before and suddenly we found ourselves squeezed in an uncomfortable “carro publico” or sharing the same small chair in a “guagua”, even if there were free seats for each of us.

Anyway, as a recompense for the full week I have had, trying to settle into my new life, I decided to join the other 4 interns in Punta 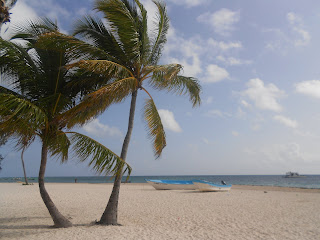 Cana, for a girlish weekend. I said Punta Cana! OMG…everybody’s dream is to get there and I finally made it, thanks to the girls. We had a short, but great weekend enjoying the sunshine and the blue water on a silent beach with a fresh coconut during the day and trying our dancing abilities in local clubs at night.

This is not all about having fun and being on holiday. This week I have started my internship with the Chamber of Commerce I mentioned in the last article. The only thing I could say for the moment is that I am very excited about an event that will take place next week. More details coming soon. 😉