InteRDom Correspondent, Giselle, has completed the first year of her Bachelor’s degree in Political Science at Sciences Po, Reims, France. She is participating in the 2013 10-week Dominican International Student Program. You can read more about Giselle and her participation in the Correspondent Program here.

The Dominican Republic has two legislative sessions, one that begins February 27th and another one scheduled for August 16th. Well, this week Congress was wrapping up every little piece of legislature they had on the table before the end of the first legislative session of 2013. Every deputy had a say, some were fighting with their claws out to get their initiatives to be passed, others were vehemently refuting their counterparts’ ideas, and it was, pardon the expression, hell at the office. We received files after files, transcripts after transcripts, proceedings, letters, contracts; you name it. You know the phrase: “History is being made”? This week, that was EXACTLY IT. The House of Representatives passed a Wage Regulation Bill, which is intended to make public administration more equitable and fair; amendments to the criminal code, which makes law harsher for juvenile offenders; a convention with important Dominican universities for internships in different areas of the House of Representatives, something that was never done before; and a couple of other transcendental pieces of legislation that I’m not going to bore you with.

The action was happening not only at the Chamber but also at our office, and with me personally as well. I finally made peace with technology, as I had to make extensive use of it. Coffee and I became best friends, even if we had more or less a rocky relationship before. The suit and formal attire came natural to me as I got dressed in the morning. Yes, office work, what I had dreaded so much as a child, had now become my daily routine. It is not so bad after all. I love what I’m doing, and sadly but true, my dreams and aspirations all point out to plenty of administrative work carried out mainly in an office. The dichotomy comes from my love of nature, my love of being outdoors. How can I reconcile these two very distinct worlds? Perhaps too early to have the answer but this week in my internship made this disjunctive even clearer than it was before. I’m coping pretty well with office work, no complaints. I must admit I do have some sporadic and sudden allergic reaction to the white walls in which I start singing and just goofing around with my colleagues. Malge and Domingo (both in the picture) have are now very close to me and have become the necessary balance to my office work. We have lunch together at the building’s cafeteria, our safe haven. We cross the street to buy empanadas at a stand of “frituras” in between one file and the next. Most of all, they are my law teachers every time I’m stuck and do not know what to do.

My internship has permitted me to take a quick glance at a possible future for me and if it involves office work, then so be it. 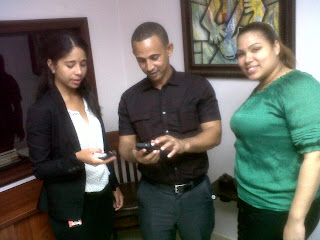