Education in the Dominican Republic: Part II—Major League Baseball’s role in providing a future for Latin American prospects outside of baseball 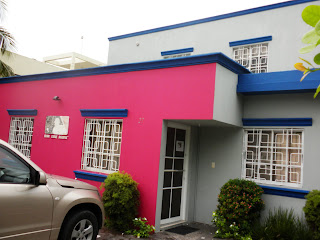 Major League Baseball’s home base in the Dominican Republic serves the needs of baseball players throughout Latin America. The Santo Domingo based office was placed in the country that produces the highest number of international players to MLB. The Dominican Republic also sees more scandals with players surrounding age falsification, drug use, and predatory signing and training practices than in any other Latin American nation.

One of the lesser known functions of the Office of the Commissioner of Major League Baseball in Santo Domingo is the organization’s work to improve the education of Latin American prospects playing in baseball academies in the Dominican Republic.

The Office of the Commissioner of Major League Baseball in Santo Domingo estimates that for every 100 teenage prospects in the Dominican Republic, two make it to the United States to play baseball. That places a heavy burden on MLB to provide skills outside of baseball to the scores of young men with dreams that may never be reached. This is not a simple task and that is why the Office of the Commissioner is conducting substantial research on the matter. 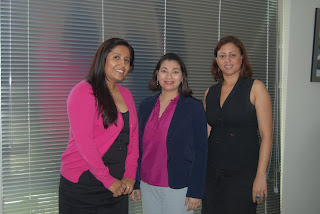 eggy Morales works in the Office of the Commissioner to enrich the lives of prospects in the Dominican Republic. Currently the prospects, who begin their careers at age 16, are taught English lessons in the team academies along with their baseball instruction, but MLB wants to offer them more.

The Pittsburgh Pirates are a shining example of what MLB’s education initiatives can do in the country. Their academy offers English lessons as well as lessons on how to use computers and they aid prospects to finish their high school educations through lessons at the academy. The Pirates work with Cenapec, a non-profit education organization in the Dominican Republic that helps adult students complete their basic education though distance learning.

Pittsburgh has an education coordinator who works in the team’s minor league system in United States as well as in the Dominican Republic to make sure that the education in the system is up to par. “They have a good educational philosophy they want everyone—players and staff–to be prepared,” Morales said.

Cenapec created a program specifically for the Pirates’ based on the organization’s needs and has an education coordinator working solely for the Pirates. Players at academies take classes four hours a day, three days a week to complete their high school diplomas. Comprehensive classes are offered in history, language, social science, and computers. The students have access to several classrooms equipped with computers and media at Pittsburgh’s academy in El Toro, close to Boca Chica.

Pittsburgh mandates attendance at these lessons for all their prospects. “It’s difficult because players schedule is tight,” Morales said. “They practice, play, and take English lessons, and then take classes. It poses a challenge for implementing programs. It’s tough to get players to value education because they’re so tired from the day’s events.”