Accidental Adventures and Other Impromptu Fun

InteRDom Correspondent, Kim, has completed three years of her Bachelor’s degree in Film and Video at the Visual Arts College at the University of Toledo in Ohio. She is participating in the 2013 10-week Caribbean Summer Program. You can read more about Kim and her participation in the Correspondent Program here.

Two weeks ago, Ikenna and I took a spur-of-the-moment excursion to Los Tres Ojos, a beautiful cave with three underground lakes. There, we practiced our photography skills and took some cool long exposures in the dark. Next, we bartered for some cool gifts for our families. Then, I called a taxi to bring us to our final destination, Agora Mall. After waiting some time without any sign of the cab, a man on a motorbike* offered us a ride. After some “serious contemplation” of the inherent risks of the situation, Ikenna and I shrugged our shoulders and excitedly mounted the bike. Zooming down the street was thrilling! We dodged traffic a little too close for comfort, especially for Ikenna and his long legs that were sticking out. To sum up my feelings about the experience, I am currently searching online for motorbikes to purchase in Toledo… I’m so glad our taxi never came!

On the 10th, I was lucky enough to enjoy my birthday in the DR. I’m sure others were annoyed that I invited Hurricane Chantal to my party, but I was ecstatic to finally have an excuse to stay in my pajamas and watch movies ALL DAY.
Later that week, our group had plans to watch a play. Although I wanted to go, I wasn’t feeling well and at the last minute I decided to stay in. Next thing I know, Ines is calling me…
“Kim!! You need to come downstairs. Loriel needs to talk to us, I think we’re in trouble.”
And me, recollecting of all the mischief we have got into so far, anxiously entered the room.
To my sweet surprise, I found Loriel waiting with a cake to celebrate mine and Ikenna’s birthdays! The InteRDom staff is so thoughtful. Who knew that cake was the perfect remedy and I could attend the play after all.

Last weekend was super crazy. We all went out to celebrate Ikenna’s and we had a lot of fun, consequently, I could barely get myself out of bed early the next morning for our InteRDom excursion to Cuevas de las Maravillas, a super cool cave with preserved Taino drawings.

I slept the entire way, the type of sleep that feels like time traveling. But I was wide awake as soon as I discovered how magnificent the cave was. It felt holy, like a great cathedral. Next stop was Altos de Chavon, the most beautiful campus I have ever seen. I took tons of photos and I think I will try and take a course there some day. We enjoyed a lovely lunch at La Cantina. I ordered a chicken crepe – a dish I loved so much, I went home and recreated it.

Immediately after returning from our day trip, Ines and I quickly changed and headed to Estadio Olímpico for the Telemicro Concert featuring Daddy Yankee, the love of my life. I was in the right place at the right time and scored free VIP passes at work – which I was super stoked about. We had some trouble at the gate bringing our purses in. So we threw them into a tree and then joined the giant mass of dancing people. It was crazy, I had the best time. Fortunately, our purses remained untouched in the tree.

Ines and I returned from the concert at 4am. We had heard that a tour group was on their way to Bahia de las Aguilas at 5am. So we had just enough time to shower, eat, and meet up with them. Since we had not slept in two days, we passed out hard on the bus… more “time traveler’s sleep”. It was cute, Ines and I took turns waking one another after falling asleep in a super uncomfortable position on the bus. I had no idea that we would be so close to Haiti. We stopped by the border, and I purchased some Barbancourt rum! Finally, we arrived at the restaurant, enjoyed a lovely buffet, and then hopped on a boat ride to the beach. The water felt wonderful, and it was SO WORTH the exhaustion of two days without sleep!

I’ve had so many adventures in such a short amount of time. My favorite part is that most of those experiences were impromptu, and required me to just go with the flow and see where it took me. If I have learned anything about traveling abroad, it is that you have to have an open mind. The best experiences happen when you least expect it, so take every opportunity to encounter something new. 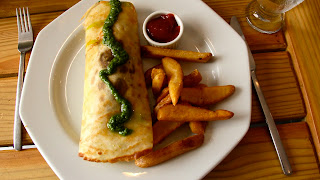 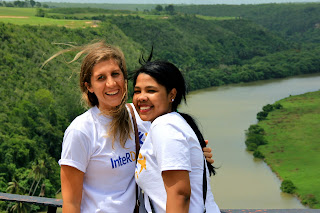 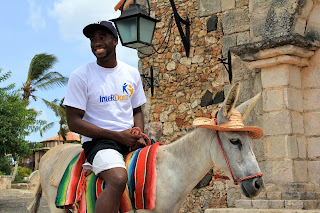 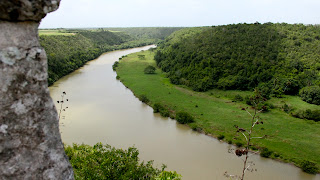 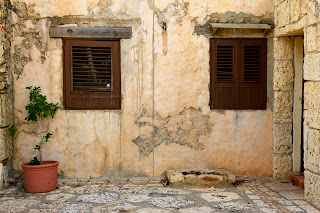 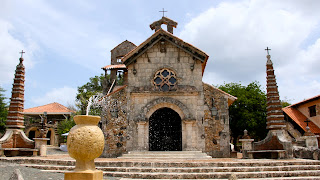 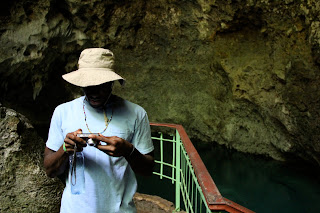 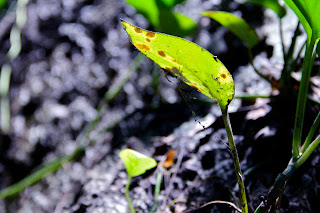 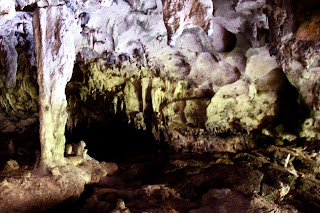 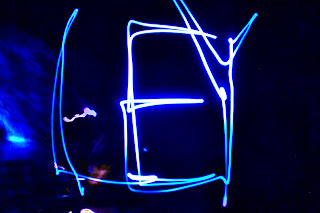 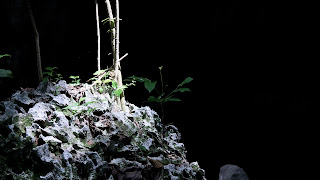 *Neither the InteRDom program nor its parent institutions, GFDD and FUNGLODE, promote the use of motor-taxis or “motoconchos” as a form of transportation. Students are informed as to the risks of riding these vehicles both before departure and during their orientation to the program, and understand that in riding them they are doing so at their own risk.*