To mark my somewhere-near halfway I thought I’d just give a little photo summary of my time here so far. These pictures are a combination of my phone photos as well as some I’ve found online.

First, the view from the airplane: foggy, I could see the air was thick, the heavy clouds cast shadows on the deep green fields speckled with dots that up close must have been pieces of life: small towns, occasional roads and farm equipment. The occasional baseball diamond assured me I was landing in the right place. 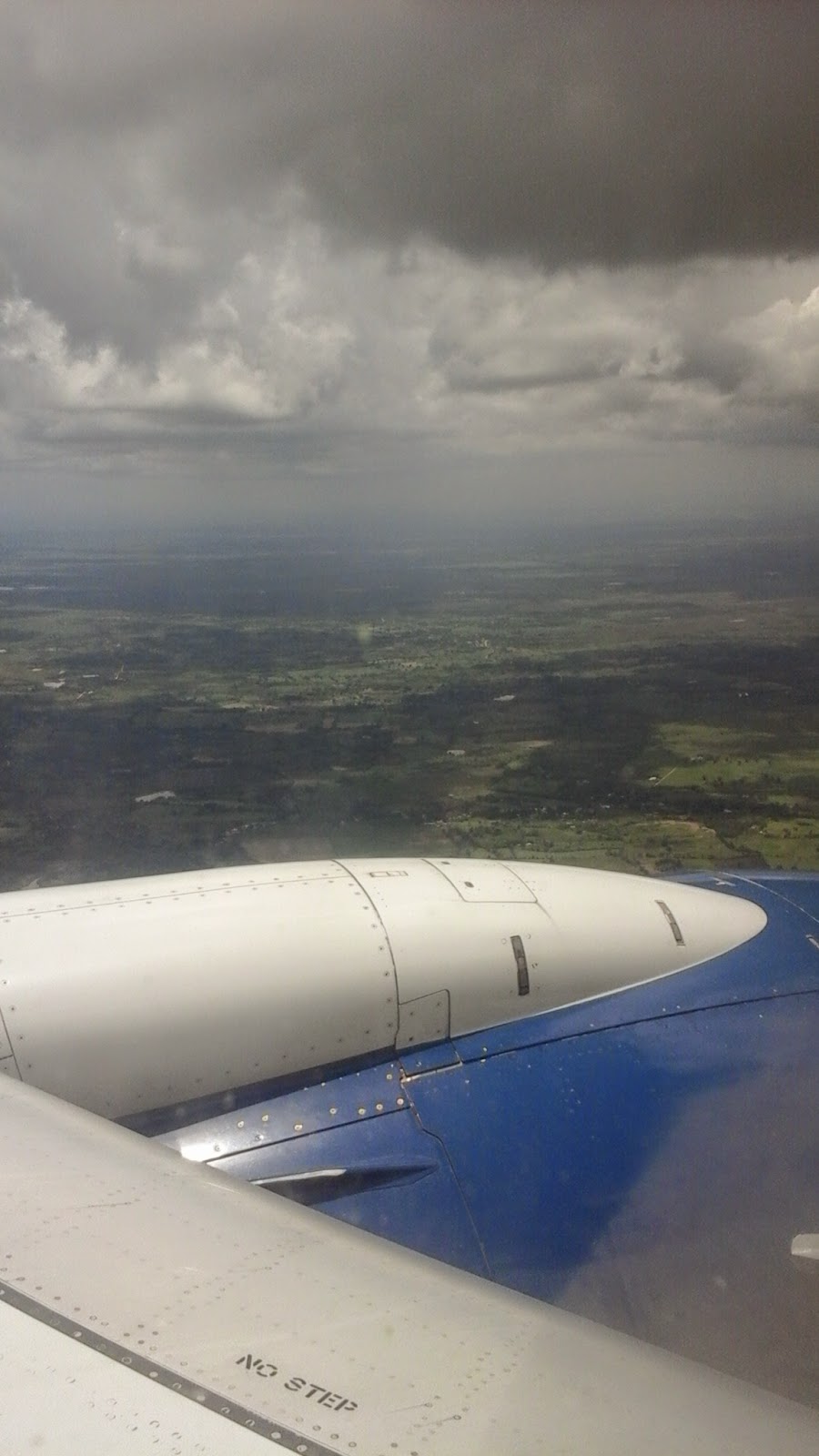 As we got closer to the city I was able to catch a glimpse of the ocean – a rich turquoise for deep waters and a bright aqua closer to shore. 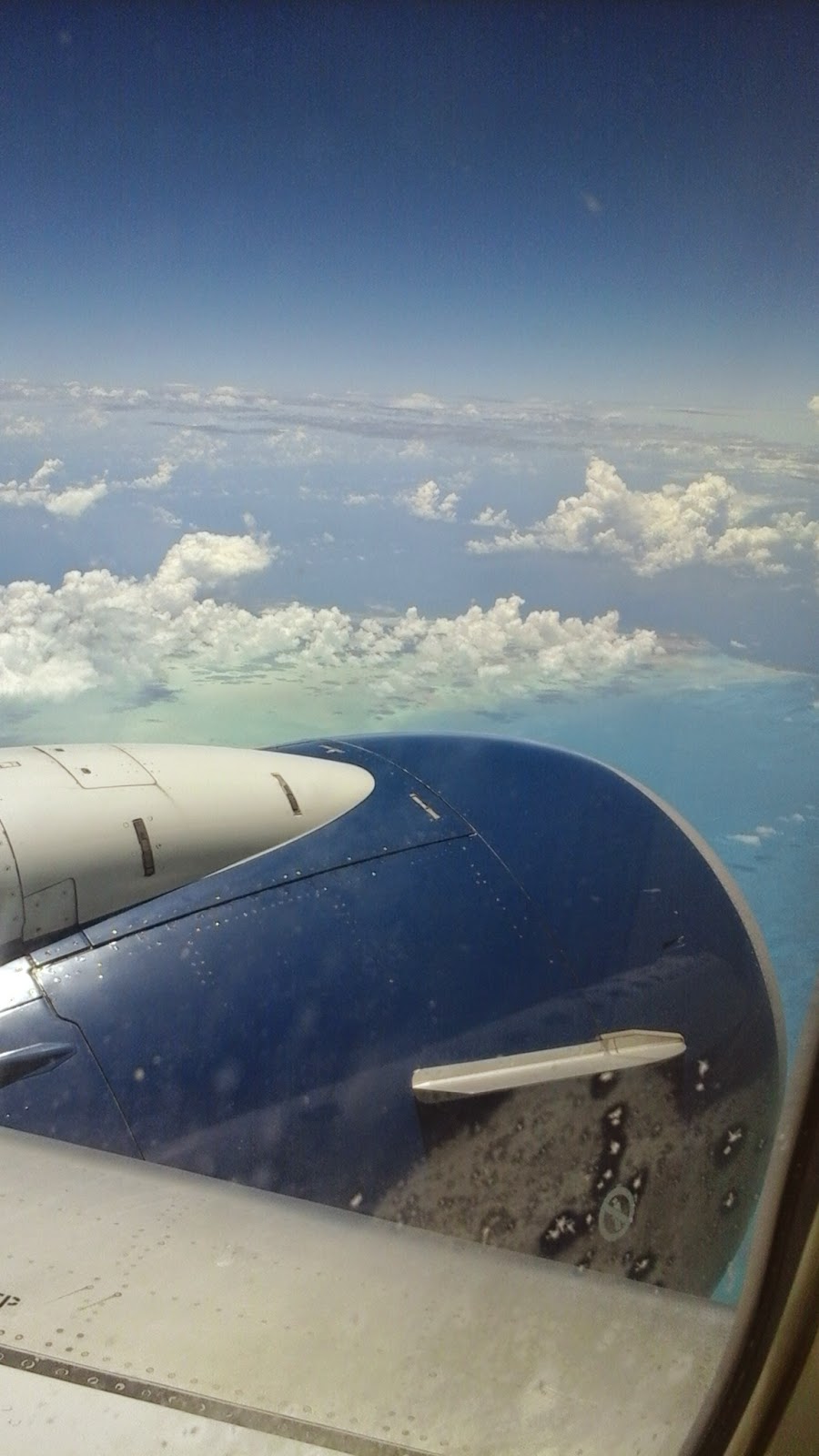 As the ocean transitioned, so did the land. The airport is on the outskirts of the city and I watched the landscape transition from the small houses and yards hidden behind the line of street side businesses to the crowded poor neighborhoods on the outskirts of the city to a bustling metropolitan zone with city traffic and city buildings. Most of the people with the equipment and talent to capture the city skyline have it copyrighted, but scan through google images and you’ll see.

Since arriving I have gotten to explore different parts of the country from beautiful beaches to the rooftop water pipes. 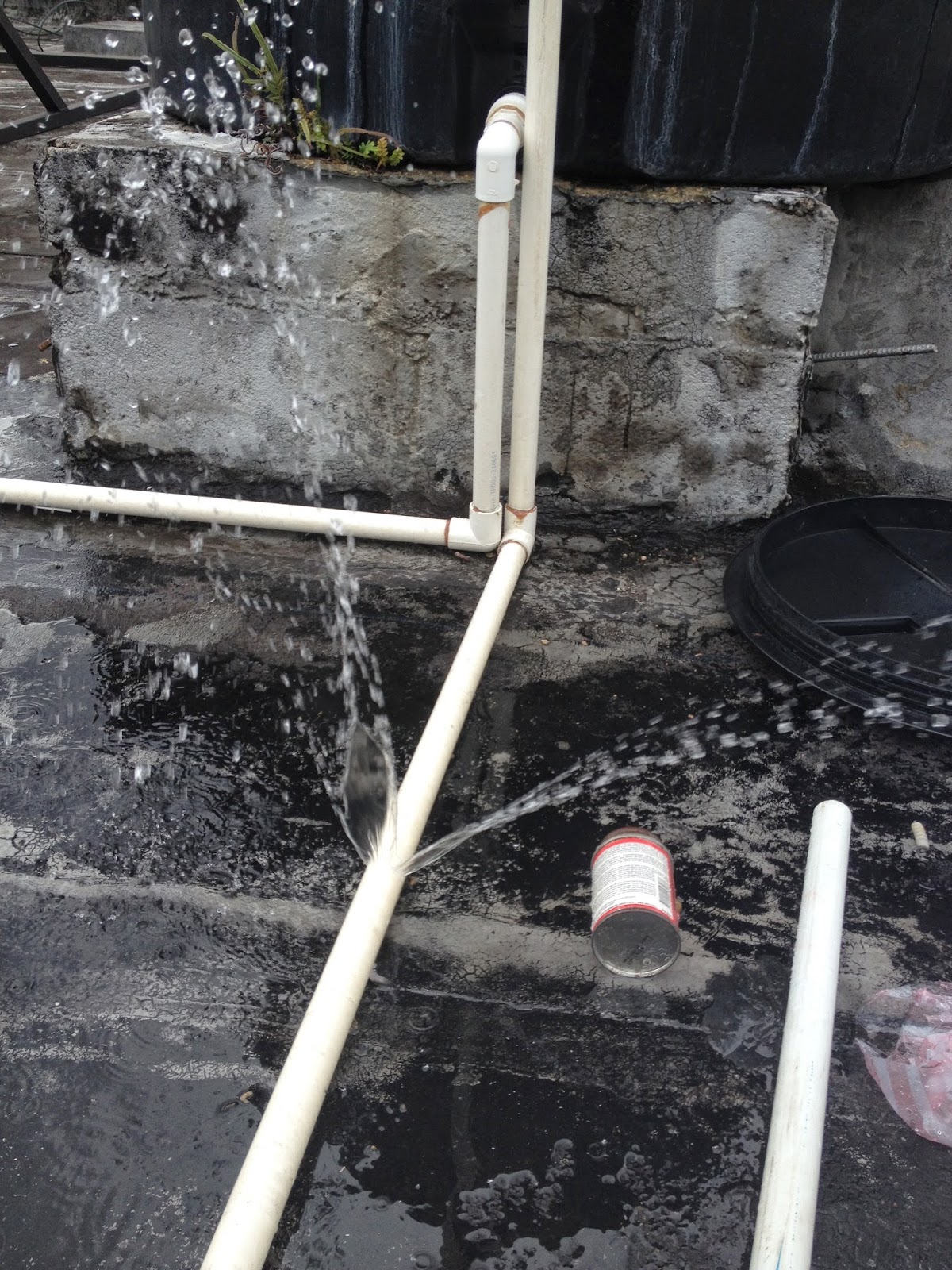 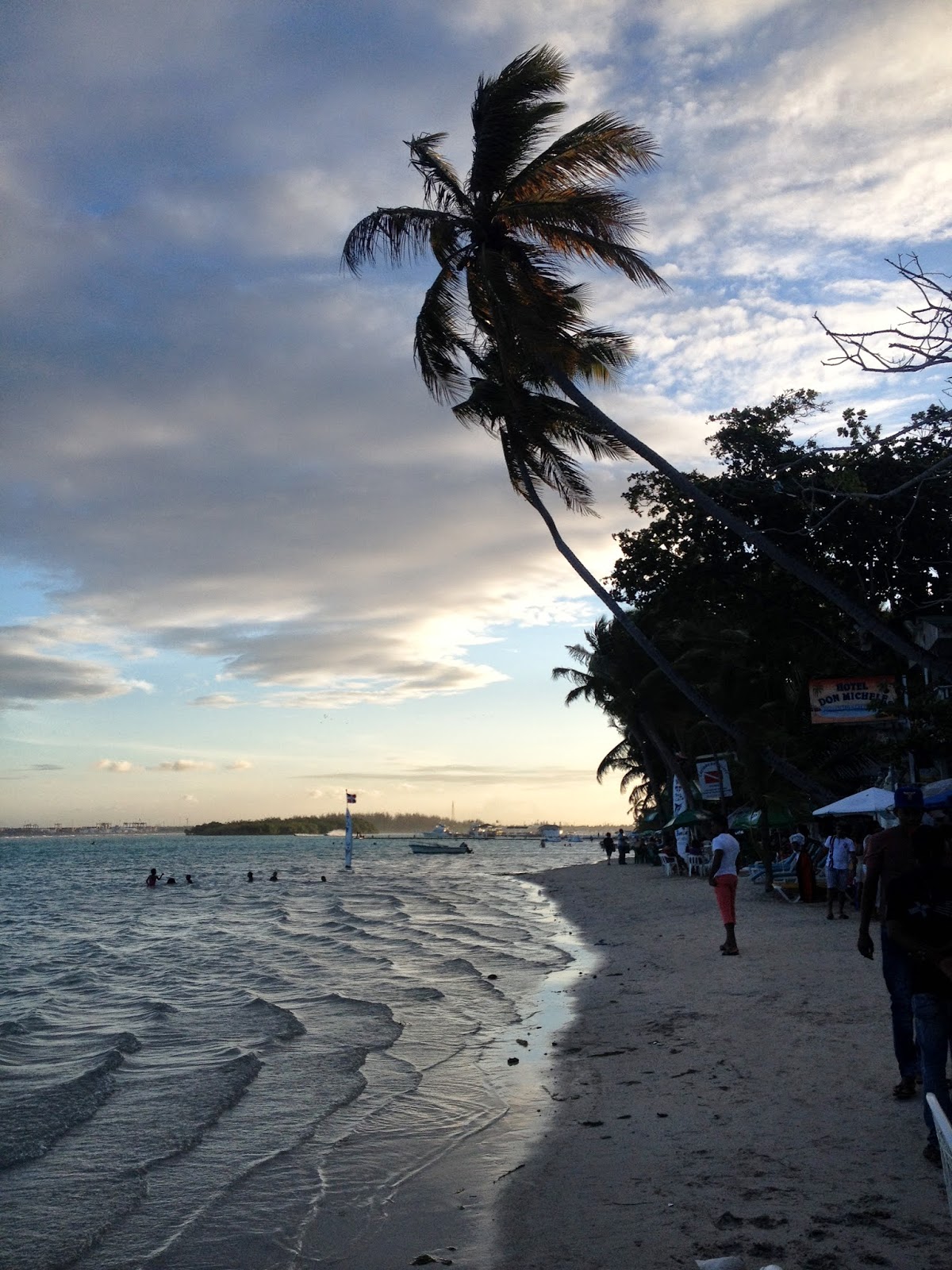 The Colonial Zone is a beautiful area full of the rich, wonderful and tragic history of the city with the distinguished claim of being the oldest city the Europeans established in the Western hemisphere. Here is a fortress that stood guard over the city wall and river – the original wall was established in 1496 and rebuilt after a hurricane in 1502. 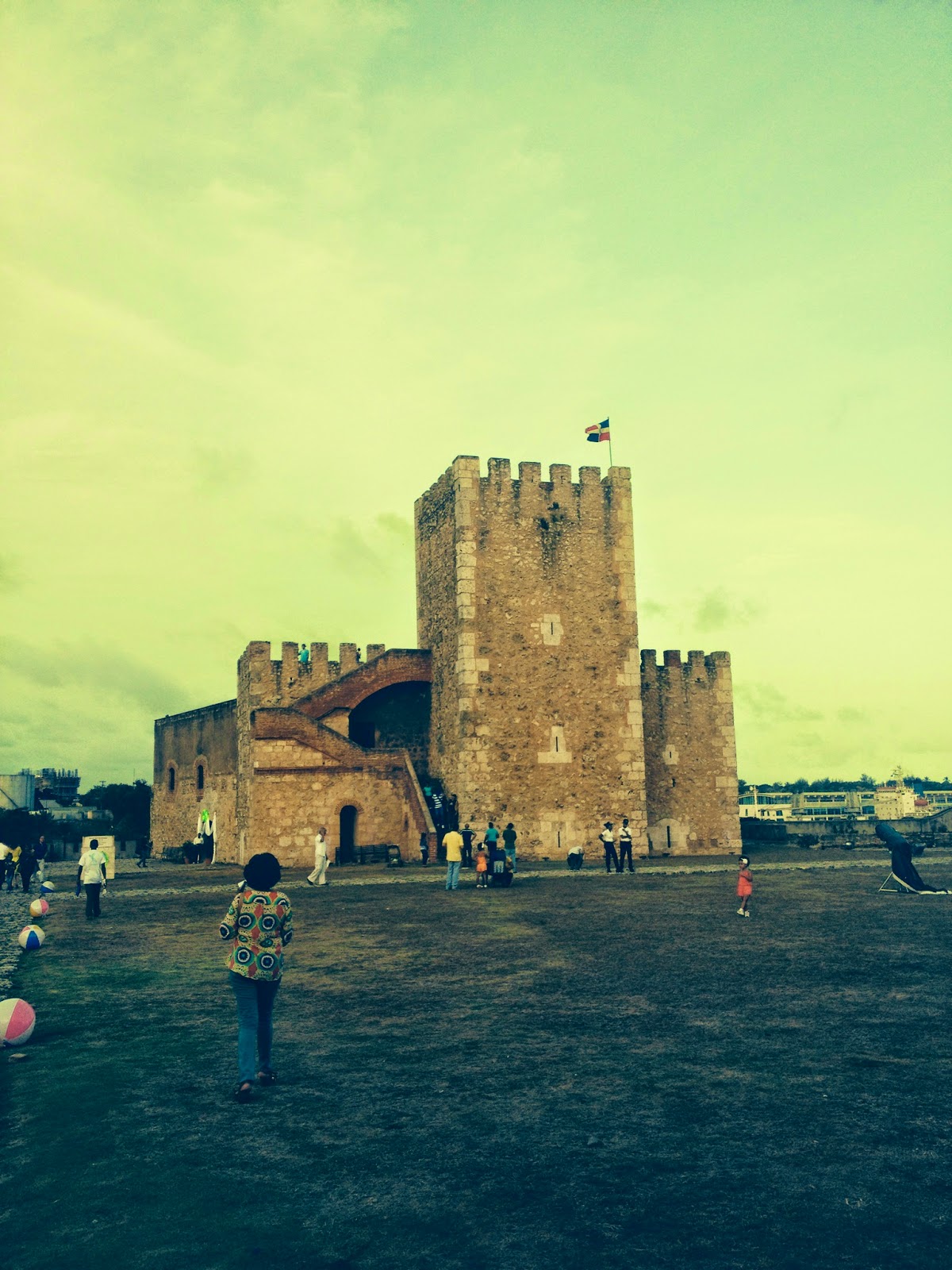 Modern life here is a bustling and I’ve gotten to enjoy everything from shopping in the market to the free zumba class everyday in the park to watching the World Cup at the mall. 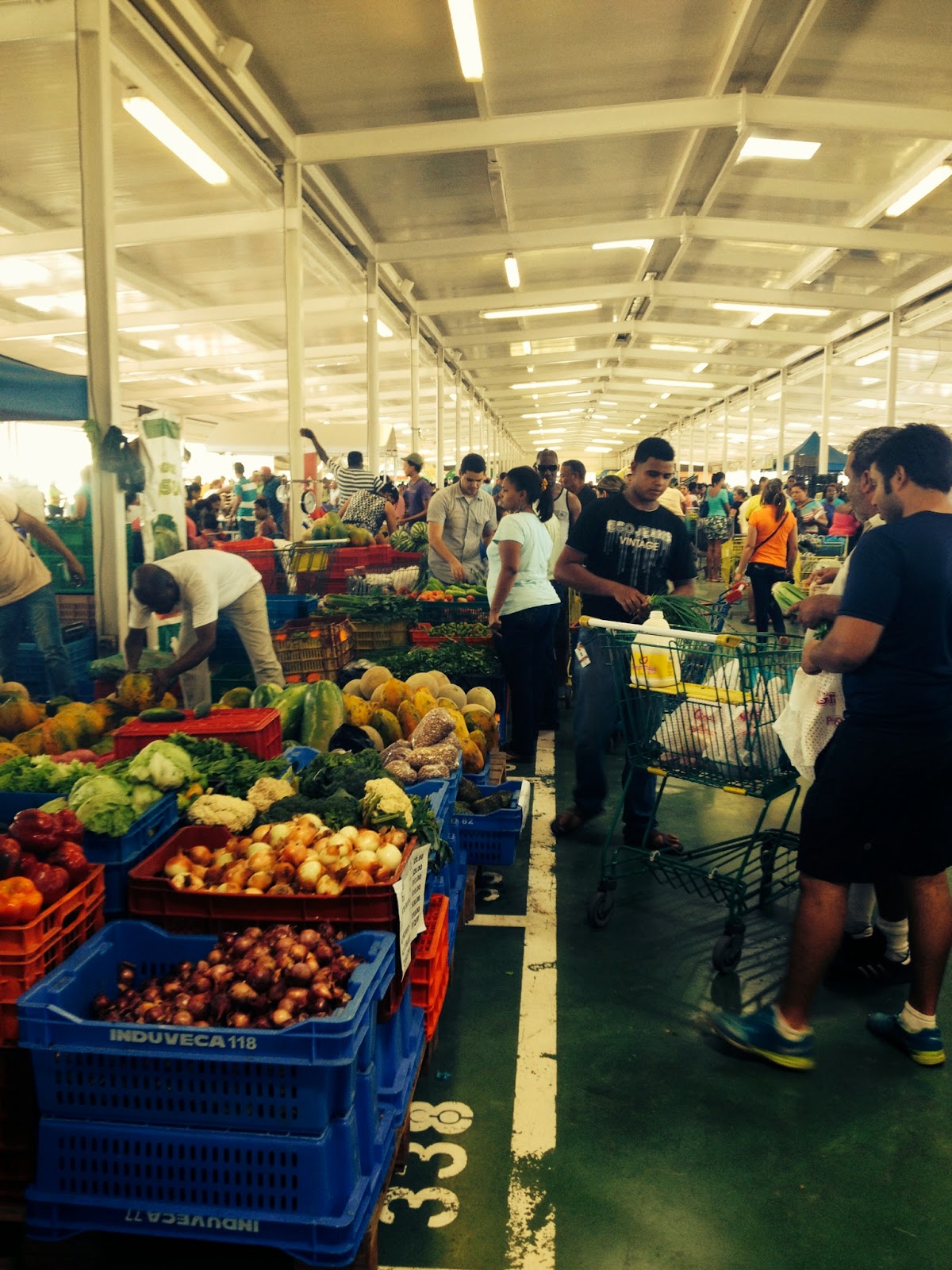 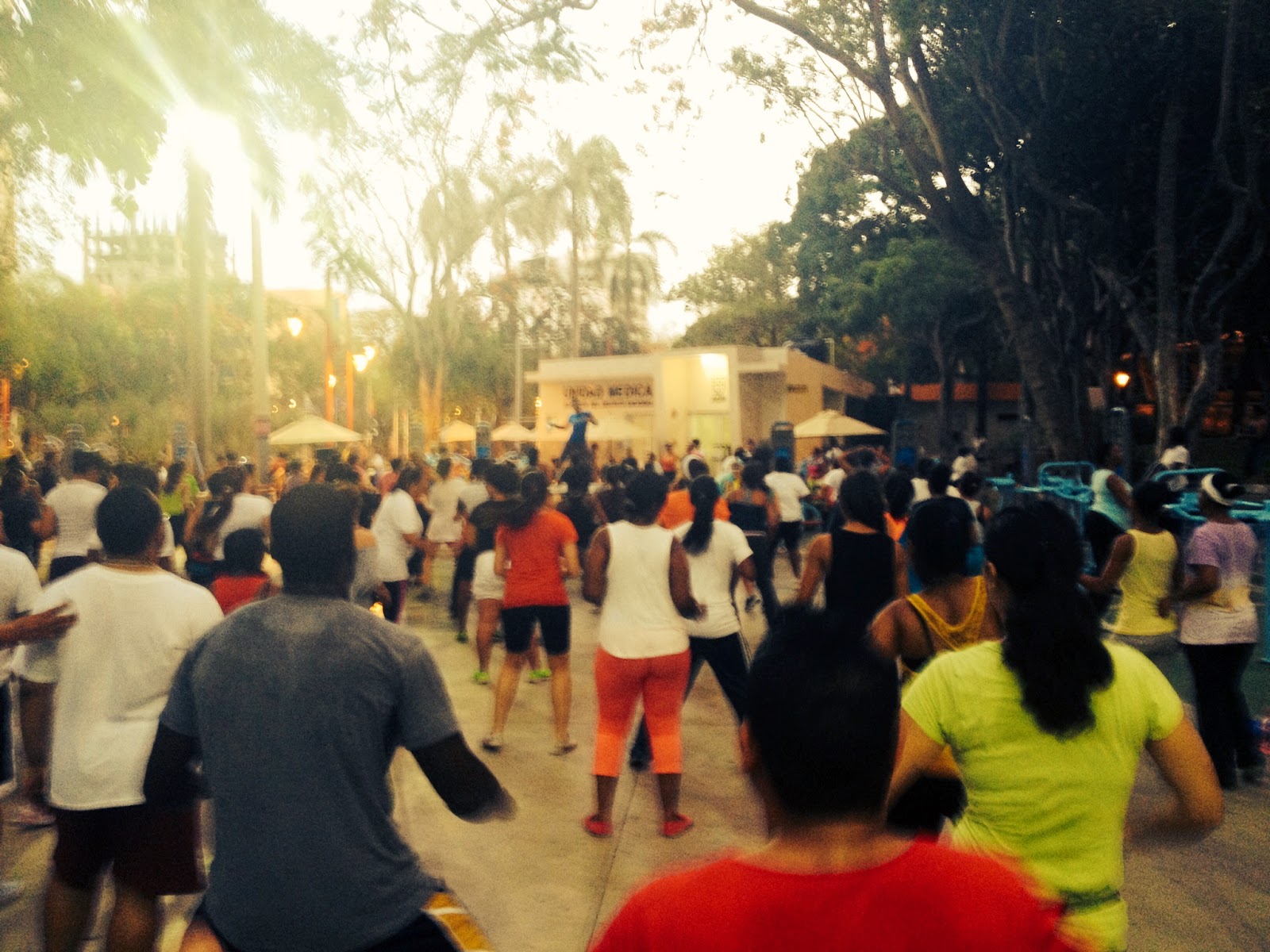 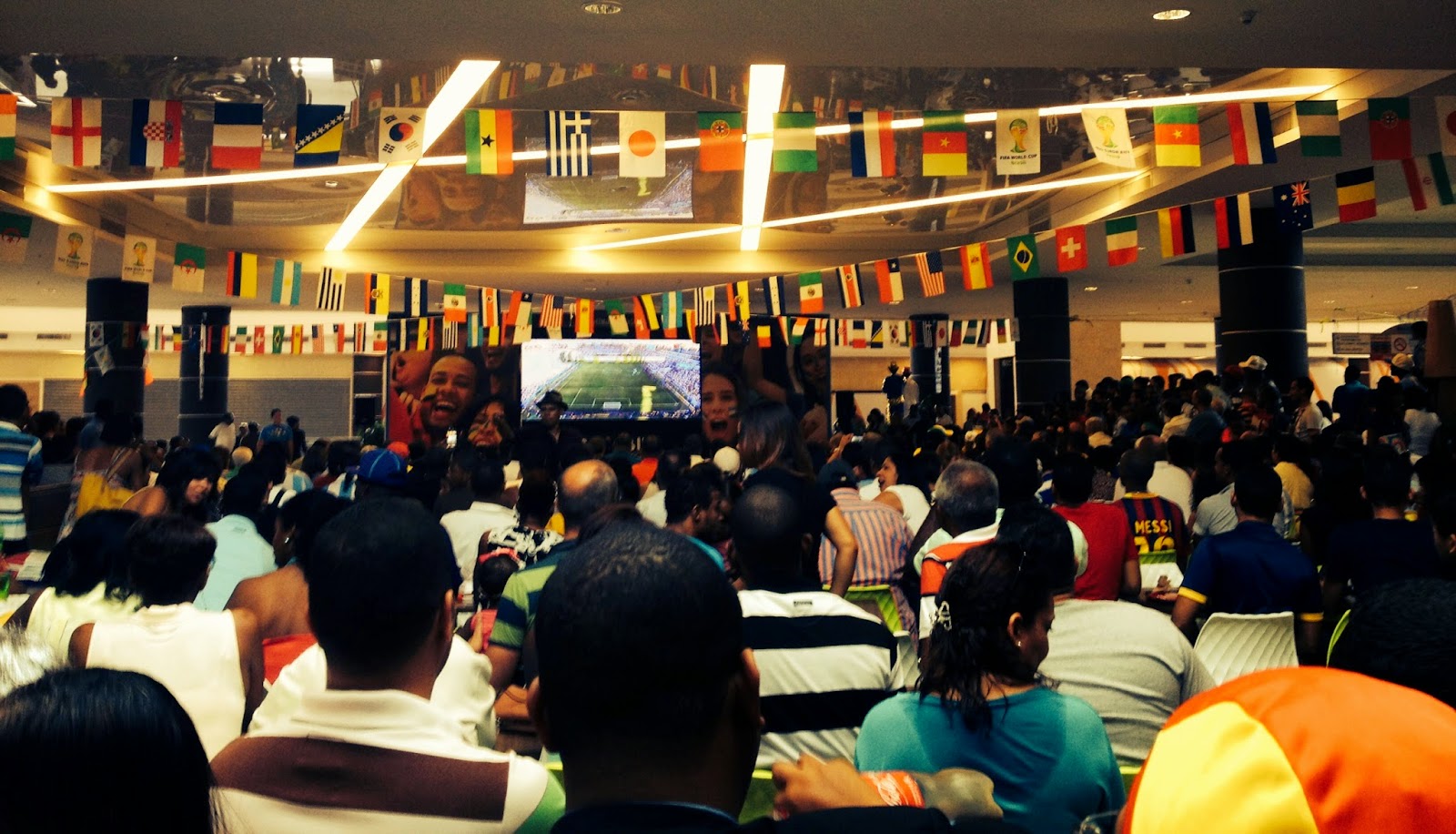 I have enjoyed the food – I mentioned before. I also enjoyed my 25th birthday celebration here complete with paella and a delicious almond cake.

And kittens. There are 5 of them: Bones, the runt of the liter and my favorite; Spiderman because he likes to cling upside down to his box; Favorite, the only one who resembles Momma; Chicken who scrambles to hiding with any loud sound and one more, a voracious little thing, who has yet to be named. 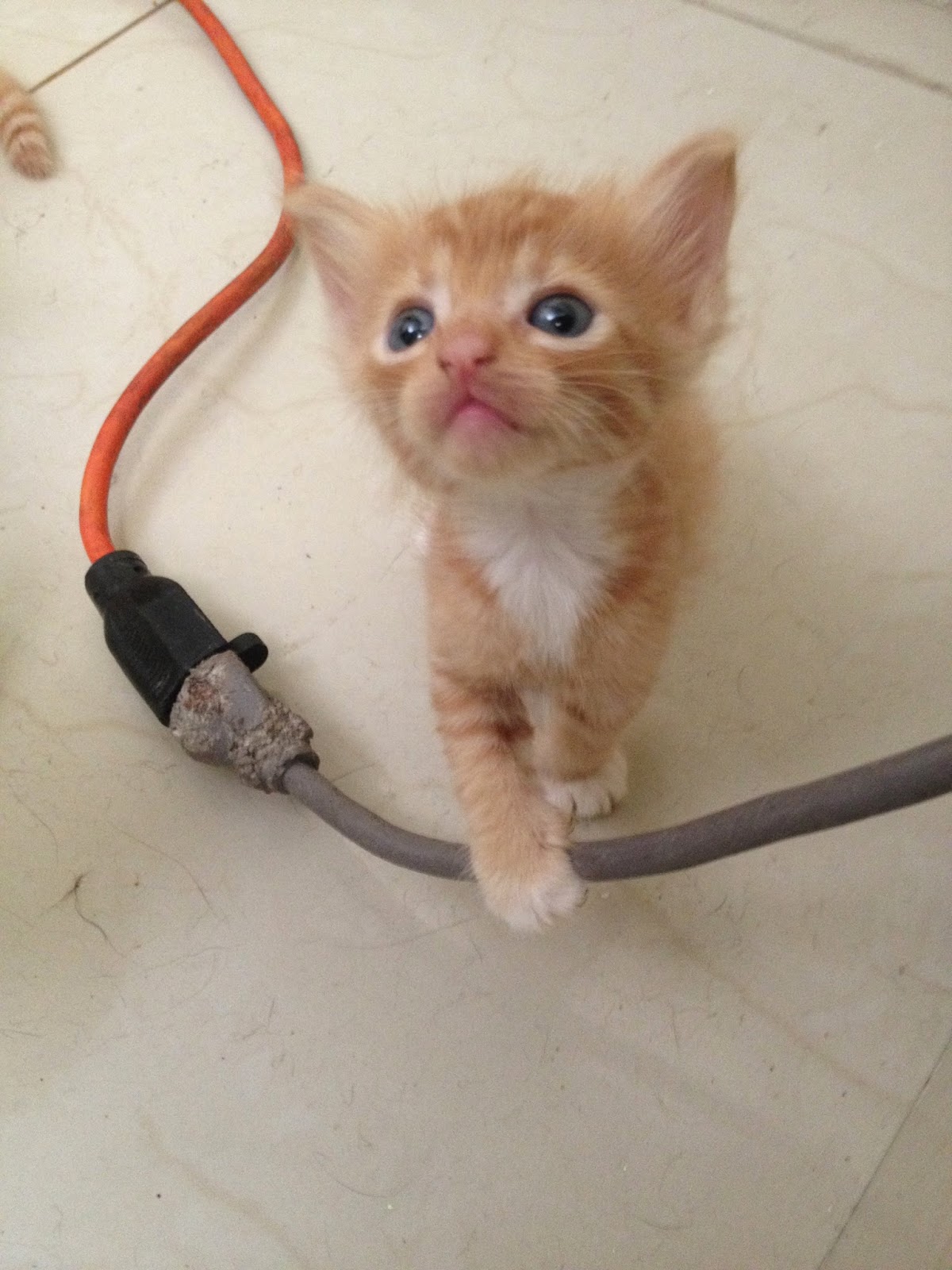 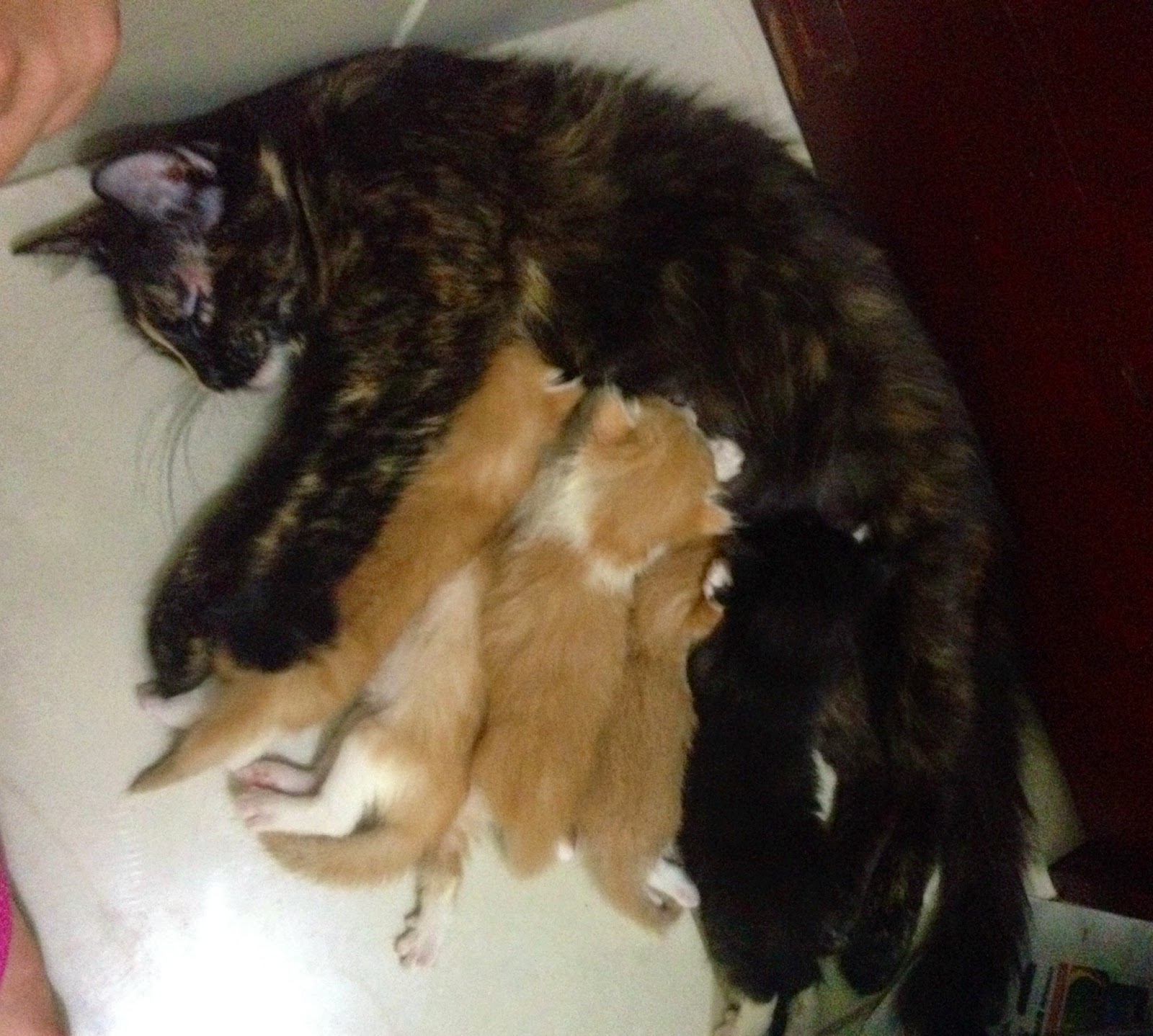 I’ll leave it at this for now. Hope you enjoy this glimpse into life here.