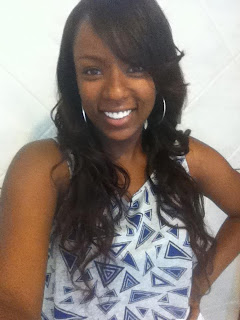 After my first full day in the Dominican Republic, I already knew I was in love with this country! I have never been anywhere where the people are so vibrant and full of life that it practically oozes out in the streets! During our first few days in the country, we hadn’t yet learned how to use various form of public transportation system, so imagine how much more my love for the country grew when we had finally had our transportation tutorial and I began to explore farther than my immediate surroundings.

On our first ful 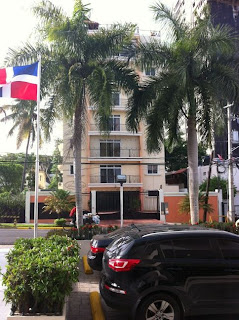 l day, we decided to leave our apartment in search of authentic Dominican cuisine and luckily, one of the drivers at the FUNGLODE headquarters offered to drive us to our desired location. However, once we arrived, we found that the restaurant was closed. (Dominicans definitely observe Sunday as the Sabbath more so than Americans generally do, so many stores and restaurants close early, or like the restaurant where we wanted to eat, don’t operate at all on Sundays). Since we couldn’t go there, the driver offered to drop us off on a main street close to a supermarket to allow us to explore. After about twenty minutes of walking around and asking people where a restaurant that served Dominican food was (not knowing that it’s actually referred to as comida criolla!), we finally found a bar and grill that served sandwiches and other plates. The food that we had was good but I had really been hoping for some pollo asado, arroz con frijoles, or mofongo!

Once we left the restaurant, we walked to a pay phone (yes, a pay phone!) to phone th 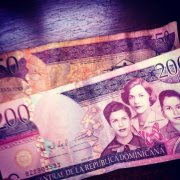 e driver so that he could pick us up since none of us had yet to purchase local phones. Of course being that none of us had used a pay phone in at least 10 years, we somehow messed up the call and lost the coins that we inserted. Luckily, a couple of police officers walked over to us to make small talk and offered us their phone to call the driver. He picked us up shortly and once we returned to the apartment, we threw ourselves on the couches and slept under the breeze from the ceiling fans. Dominican heat is another thing! Being outside makes you sticky from the humidity and the heat itself is draining.

In many ways, from what I have seen so far, the Dominican Republic is very similar to the States. Most of the people have cars, young people hang out together, etc., but I have noticed some key differences. For instance, people are more friendly and willing to talk. Walking down the street, more people will speak to you than you would encounter on any given street in the US. People also tend to hang outside. This means in front of their buildings, on the side of the street, wherever! Hanging out and talking with friends outside just because is something that we definitely don’t tend to do as Americans. One of the biggest differences, though, is definitely the way people drive. The traffic lights and dividers in the street seem to be more of a… suggestion of how to drive! However, in all the apparent traffic madness, there are relatively few accidents occur here, so don’t worry, I’m safe!